Spanish police said Wednesday that they had arrested two people for their alleged responsibility in the deaths of more than 20 migrants who perished last month while trying to cross the Atlantic Ocean to the Canary Islands.

Police said in a statement that they detained the suspected human trafficker and the suspected captain of the craft that was reached by Spanish rescue services on June 30 after 13 days adrift.

Only 29 people were found by rescuers. Police believe that between 52-60 people had boarded the boat from its departure point in Dakhla, a coastal town in the territory of Western Sahara. Among the dead was a 5-year-old girl who perished while aboard a rescue helicopter before it could reach a hospital on the Spanish islands.

Police investigations determined that both the trafficker and the captain were among those who were rescued. They were arrested on charges of homicide and abetting unauthorized immigration.

Difficulties in tracking the small crafts produce differing statistics, but they all indicate that the perilous sea route from Western Africa to the Canary Islands is as an increasingly important entry point for migrants fleeing poverty and violence in hopes of reaching Europe.

According to Spain’s Interior Ministry, more than 6,900 migrants have arrived in the archipelago so far this year, compared with 2,700 in the same period in 2020.

Fatalities are also on the rise.

The U.N.’s International Organization for Migration says that at least 193 migrants have died so far this year trying to reach the Spanish archipelago. In 2020, the organization’s Missing Migrants Project recorded a peak of 749 fatalities on the route, although it received many more reports of shipwrecks that it couldn’t verify.

Caminando Fronteras, a nongovernmental organization that monitors migration from Africa to Spain, said that their observers have confirmed 1,922 dead or missing at sea of those trying to take the route to the Canary Islands. That is more than the 1,852 fatalities for the same route the aid group counted in all of 2020.

“Last year was our worst year so far for deaths . but these figures are the worst we have seen since we started out work on the ground in 2007,” Caminando Fronteras founder Helena Maleno said. 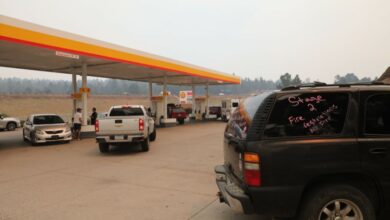 Clark arrested in LA on suspicion of having concealed gun 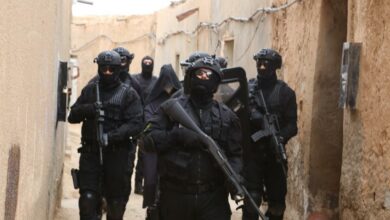