Lebanon’s caretaker prime minister warned on Tuesday that the country is hurtling toward a “social explosion” and appealed on the international community for assistance to prevent the demise of the nation facing multiple crises.

Hassan Diab’s plea came as he spoke to diplomats in Lebanon, where politicians have failed to agree on forming a new government, nearly a year after Diab’s Cabinet resigned. His government has been acting in caretaker capacity since August 2020, when he stepped down following a massive explosion at the Beirut Port that only compounded the country’s crises.

Diab urged friendly nations to extend assistance despite the lack of a new government, saying that linking aid to reform of a deeply corrupt system has become a “threat to the lives of Lebanese” and to the country’s stability.

Lebanon’s economic and financial crisis has unfolded since late 2019, spiraling out of control in this country of over 6 million, including more than a million Syrian refugees. A foreign currency shortage has crippled the import-dependent nation, leaving residents struggling to find fuel, medicines and basic supplies. Daily power outages last for hours, threatening hospitals and food stores, and leaving entire neighborhoods in darkness.

The World Bank called it one of the worst crises since 1850s and described Lebanon’s economic contraction as brutal. The national currency lost nearly 95% of its value, plunging the once middle-income country into poverty. Inflation and unemployment soared and waves of professionals have migrated abroad, seeking a better life.

The political crisis is rooted in decades of corruption and mismanagement by a post-civil war political class that has accumulated debt and done little to encourage local industries. Banks, once the country’s booming sector, have imposed informal capital controls and depositors are unable to freely access their accounts.

Lebanon has been promised billions in international assistance, pending a reform plan to deal with corruption. But vying for power and trading blame, the political elite never agreed.

“What sin have the Lebanese committed to pay a dear price? Are the Lebanese people supposed to die at hospital’s doors on the way to holding the corrupt accountable?” Diab said.

“I appeal through you to the kings, princes, presidents and leaders of brotherly and friendly countries, and I call upon the United Nations and all international bodies, the international community, and the global public opinion to help save the Lebanese from death and prevent the demise of Lebanon,” he told the diplomats.

“Lebanon is a few days away from social explosion,” he added. “The Lebanese are facing this dark fate alone.” 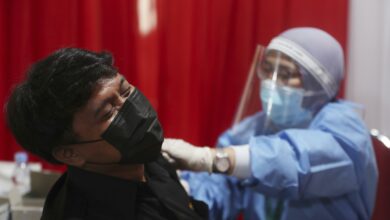 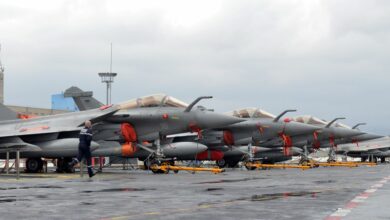 Biden Signs Executive Orders for US to Rejoin Paris Climate Accord, WHO 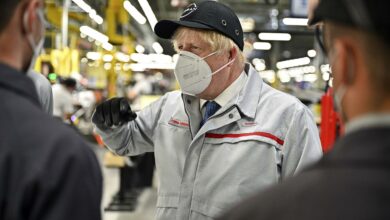 Johnson: UK must live with virus but restrictions can ease